Home
Games
Search by genre
Help
The Binding of Isaac

Special OfferCheck out our new game!https://store.steampowered.com/app/1148650/The_Legend_of_BumBo/About the GameWhen Isaac’s mother starts hearing the voice of God demanding a sacrifice be made to prove her faith, Isaac escapes into the basement facing droves of deranged enemies...
-10%
$4.99
$4.49 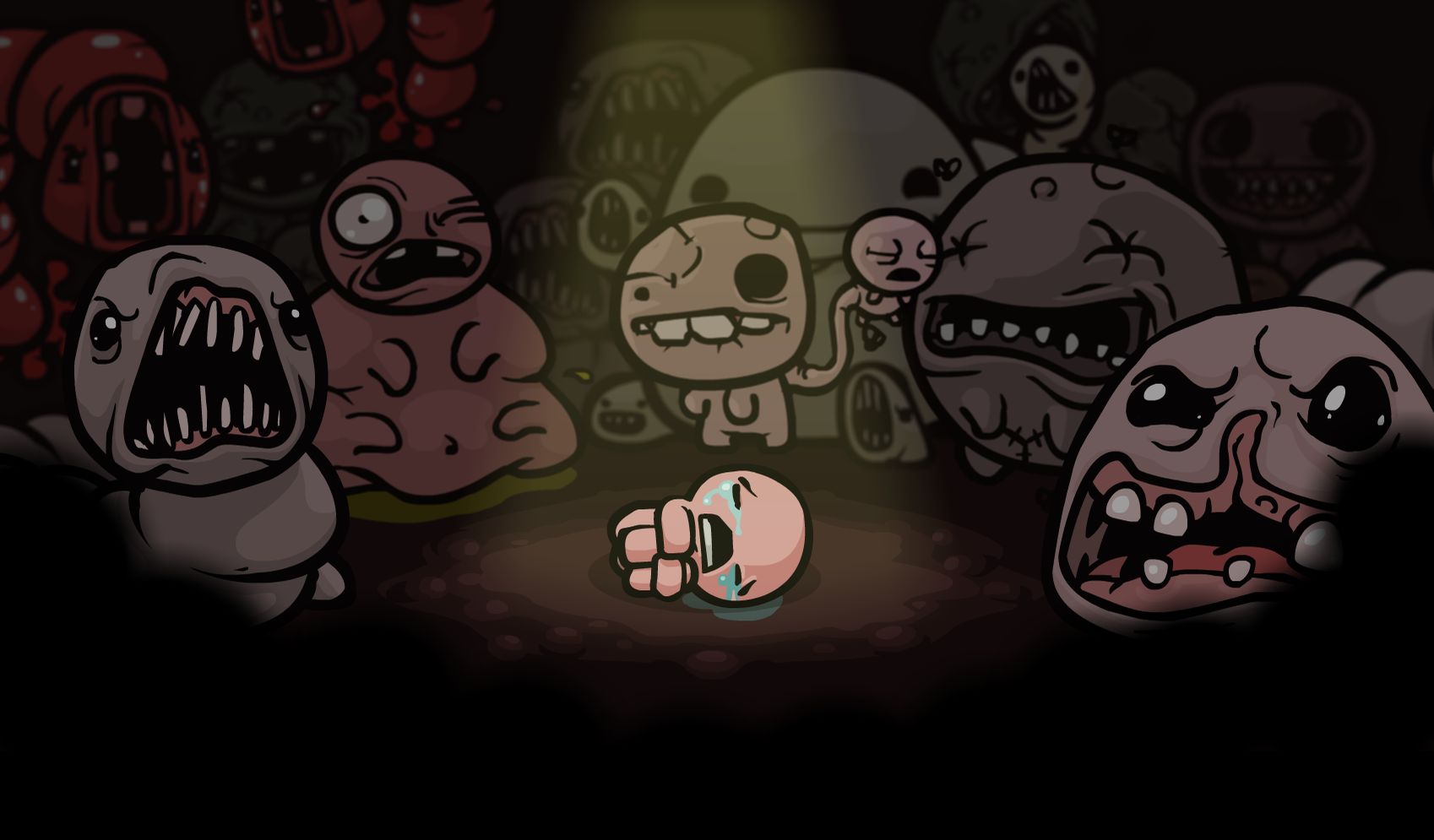 The Binding of Isaac
-10%
$4.99
$4.49
The Binding of Isaac Collection
-10%
$6.60
$5.94
Additional content for the game
Binding of Isaac: Wrath of the Lamb
$2.99
$2.69
-10%
Additional Information
Genre
Action, Adventure
Language
English**languages with full audio support
release date
28 September 2011
Publisher
Edmund McMillen, Edmund McMillen
Developer
Edmund McMillen and Florian Himsl, Edmund McMillen and Florian Himsl
STEAM game page
System requirements
Windows
Mac OS X
About the game
: name is provided with a gift for the Steam account.
When Isaac’s mother starts hearing the voice of God demanding a sacrifice be made to prove her faith, Isaac escapes into the basement facing droves of deranged enemies, lost brothers and sisters, his fears, and eventually his mother.
The Binding of Isaac is a randomly generated action RPG shooter with heavy Rogue-like elements. Following Isaac on his journey players will find bizarre treasures that change Isaac’s form giving him super human abilities and enabling him to fight off droves of mysterious creatures, discover secrets and fight his way to safety.

Reviews of the game
This game has no reviews yet.